No products in the cart.
X
Skip to content 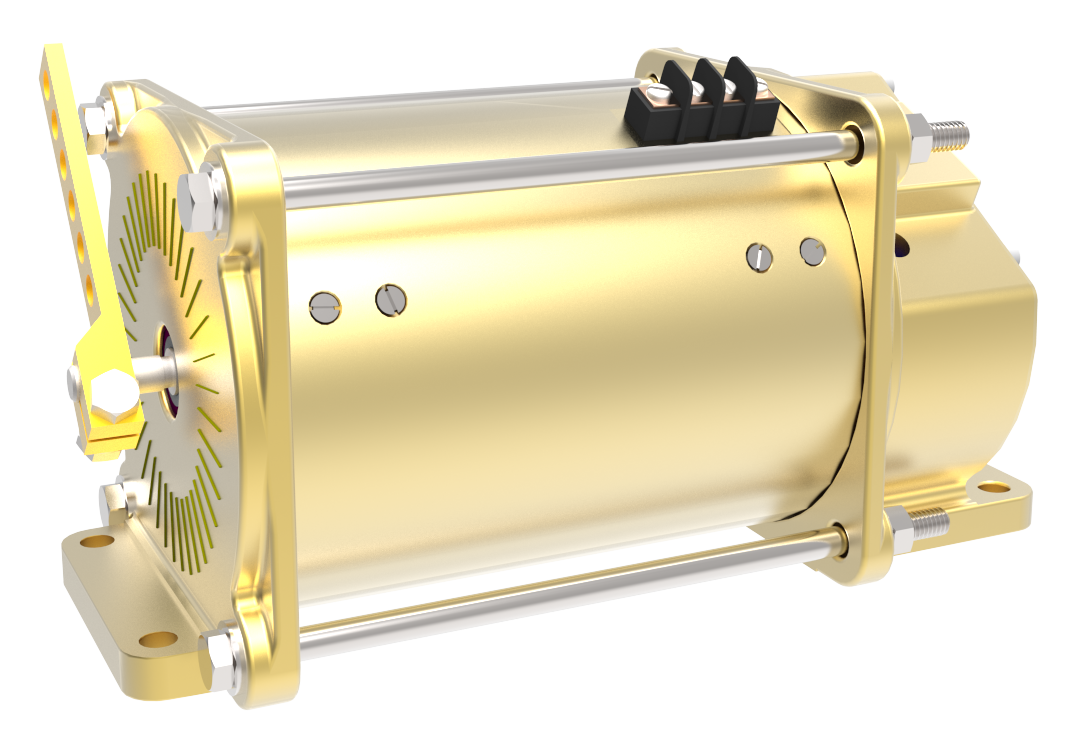 The ACB2001 actuator is a rotary output, 24V, linear torque proportional electric servo designed for mechanical actuation of fuel system control levers requiring torques in the 5 lb·ft range. The actuator is capable of 35 degrees of rotation with torques as high as 12 lb·ft. Internal springs provide fail-safe operation by forcing the actuator to the fuel shut off position when the actuator is de-energized. Both CW and CCW output shafts are available. Engine applications include large block pumps, and dual-medium and large size carburetors.

Application of the Month: The 2001 Series

The ACB2001 is compatible with ESD5330 and ESD5340 speed controllers that have a unique power drive circuit for optimum performance.  The ESD5330 / 5340 controllers are rugged enough too mounted in a control cabinet or in an engine mounted enclosure.  Their circuit boards are conformally coated to seal out moisture and resist vibration.

One of the most obvious issues with standby gen-sets is the large plume of black exhaust smoke emitted during engine start and acceleration.  Many standard electronic governors over-fuel the engine to guarantee starting, the bigger the engine the worst the problem becomes.  If you have multiple engines on site that all start at the same time in response to a mains failure, the amount of black smoke emitted can be very severe.

GAC offers a reliable, proven solution that eliminates black smoke emissions from gen-sets equipped with mechanical fuel injection systems.  A variety of digital and analog governor controllers include adjustable “START FUEL” and “SPEED RAMPING” features that enable the optimum compromise between start time, acceleration and visual exhaust smoke.The START FUEL feature sets the initial actuator position (delivered fuel quantity) at the start of cranking and is adjustable from 0 to 100%.  The SPEED RAMPING adjustment sets the rate of acceleration and deceleration between idle and rated speed.  These parameters can be applied to both constant and variable speed applications.

Turning the SPEEP RAMPING adjustment clockwise will slow the acceleration of the engine, it could take as long as 20 seconds depending on the speed range selected.  With the adjustment fully counter-clockwise, the ramping will effectively be eliminated and acceleration will be immediate.

Idle speed must be set for proper STARTING FUEL and SPEED RAMPING function even if the idle feature is not used.

For final adjustment from idle speed, turn the START FUEL counter-clockwise until the engine speed begins to drop.  Increase STARTING FUEL slightly so idle speed is returned to the desired level.

Adjust SPEED RAMPING for the least amount of exhaust smoke during acceleration to rated speed.

Want to learn more about our products and capabilities?